The contestants are divided into six groups, and placed in RVs. The week-long road trip race seems quite daunting, but some contestants have other things of more importance on their minds. In the end, a dramatic and fervent conclusion will shake the contestants, and start major changes.

Act 1 - RV is Just an Abbreviation for ReVenge! We're Not Sure Why, It Just Is.Edit

The episode starts sometime during the early morning, when the contestants find themselves in the middle of the stadium. Chris tells the drowsy contestants that it's time for the pre-challenge to decide the team leaders: a pillow fight. The pillows are coated in sleep powder, so when somebody is hit, he/she falls asleep. When the challenge was over, the sleeping contestants were dragged back to their rooms (excluding Alfred, who partied in the cafeteria with the animals, and Belinda who feigned sleeping so she didn't have to participate because she knew she would lose).

The next day, when everybody is having breakfast, Sadie overhears that Cody has decided to make his choice during this challenge, and thus all the supporters of each side of the love triangle decided to give Eva and Anita a better look in order to make Cody to choose her.

Later, the challenge began, and Chris told the team leaders to choose their teammates, while a new intern, Dawn, makes her debut. Once the teams are made, Chris tells them the challenge: an RV race with RVs full of explosives. Everybody protests and/or quits the challenge (except Izzy, for obvious reasons), but the RVs explode before the challenge can start, forcing Chris to use explosive-free RVs.

Chris also mentions that, in order to boost ratings, a celebrity will join each of the teams. However, the producer appears and tell Chris that, thanks to his mismanagement of the show's budget, there's no money to pay the celebrities. Chris then decides to replace said celebrities with Dawn, Alejandro, Sierra, Duncan, Beth and Chico.

After that, the challenge starts: a race that will last for a whole week (since the stadium will be used to host several concerts).

The race continues and Harpo The Unicorn is introduced.

More to be added soon.

Colin stuffs Cody inside a gas station back-room freezer after knocking him out cold - no pun intended - with a metal broom. This leads to Cody getting seriously hurt and being eliminated.

Dawn, the new student-intern introduced in this challenge.

Alejandro returns for this challenge.

Sierra returns in this challenge. 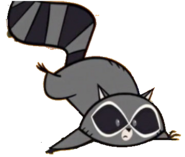 Duncan returns as a guest for this challenge.

Beth returns as a guest for this challenge.

Harpo the Pony, with her signature horn
Add a photo to this gallery

Retrieved from "https://totaldramacomeback.fandom.com/wiki/RV_Race?oldid=15578"
Community content is available under CC-BY-SA unless otherwise noted.